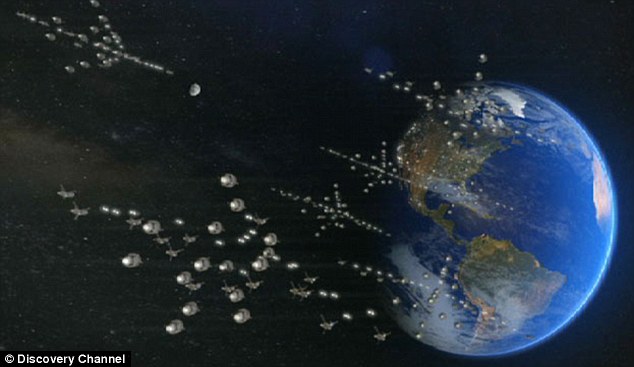 One Race, The Human Race

I love watching sci-fi movies, especially when there are Alien’s involved; wiggly, and slimy with high-tech humongous mother ships. Love it. There are two common themes in most Alien invasion movies; they either want to colonise our planet and use our resources (sometimes we are the resource. Yikes.) Or want to destroy us because we are seen as a violent race across the universe. You will see this in movies such as The Abyss, The Worlds End, and The Day the Earth Stood Still. They see us as a violent because of our history, because of events such as, the World Wars, the Cold War, Apartheid, the Holocaust, the rapid extinction of animals, terrorism attacks, the great purge et cetera…et cetera . Such atrocious events would be difficult for anyone to defend, you might actually see it their way. An Alien invasion may be a thing of fiction than a possibility, but hypothetically speaking, if they did come and threatened us with a Death Star and asked us to argue our case, could we? Have we been good? Have you been good?

Our teachers and scholars tell us that we should learn history so that we don’t repeat it, that we do better…This may be true, but why is it that despite this knowledge of cause and effect, we find ourselves following that same path that our ancestors took?

We humans have been known throughout time to divide ourselves according to class, religion, ideals, gender and race. This division always leads to the classic us and them situation. We are always against someone or some group, because we believe that we are different from the other, that we are special, superior, stronger, a divine being’s favourite people. This divide is the cause of our destruction.

My argument is not that we are born “haters” or that we are inclined to destroy. My position is that by causing a divide or allowing it to happen means that you have failed as a human. No one is superior to the other, to think that you are, means that you are no less than an animal, the strong preying on the weak…survival of the fittest mentality.

To conclude: The chances of Alien life forms invading earth are slim… but just incase, try to be a good human and live a good life…for the good of mankind.

I love this piece of work! “Try to be a good human and live a good life for the good of mankind” is an epic line. Well done, Thuli. Your mom would be so proud.